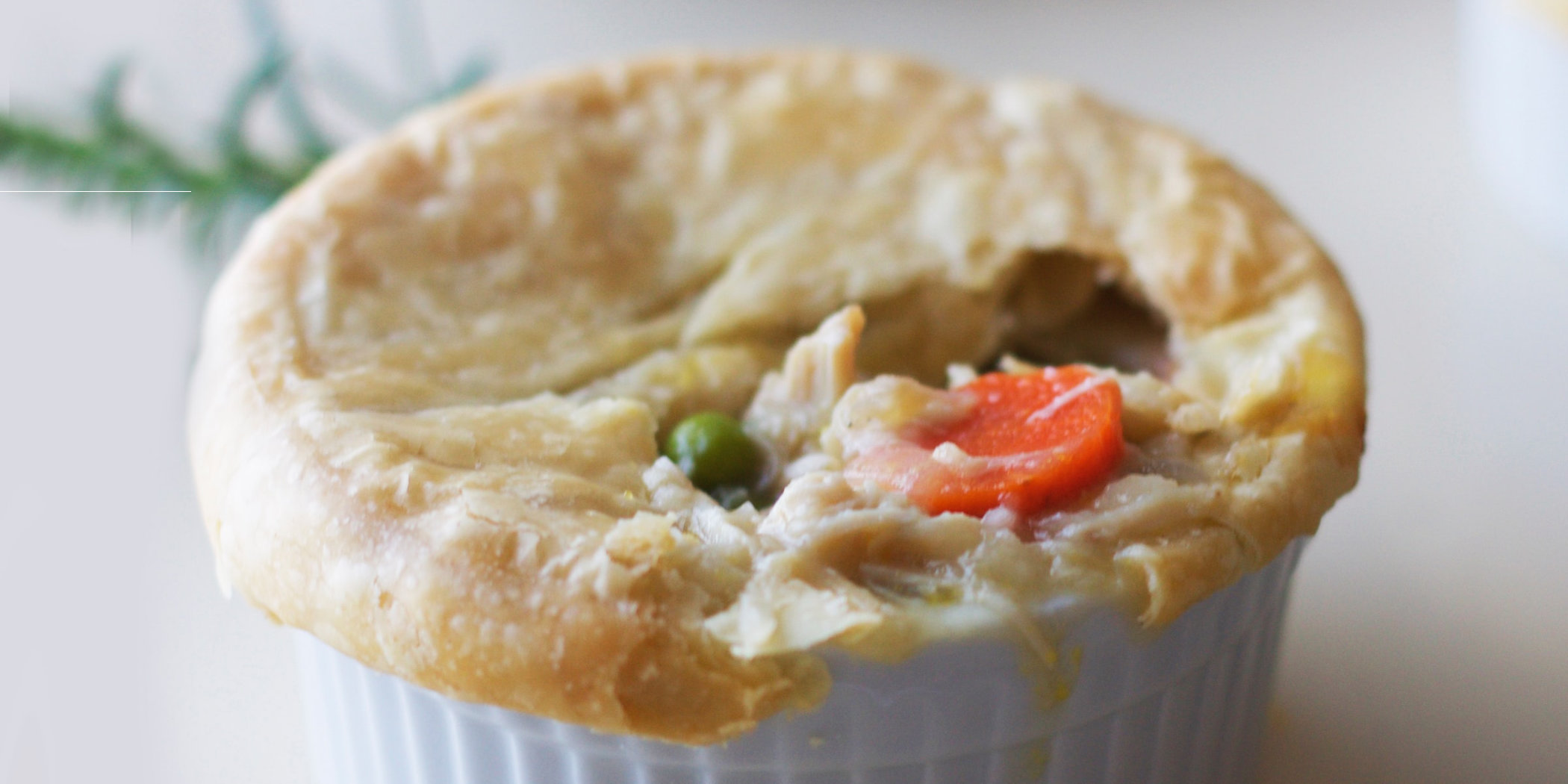 It is thought that 'pies' were a food product first established earlier than 2000BC, where Ancient Egyptians created the first model of what we know today as a pie. However, it appeared more as a crusty cake made from oats and barley, as well as honey.

Moving on to the 5th Century BC, it is thought that the Ancient Greeks invented pastry, where cooked meats were placed inside a pastry shell. However, it was the Romans that created a pie that is more closely linked to what we would recognise today. The pastry was intended as a way of preserving the taste of the meat and was not actually eaten. This was because long-lasting food was essential, especially for those at sea and so the basic concept of a pie was born!

Such variations, like fruit pies and others, were not around until the 16th century, when the first fruit pie, cherry to be exact, was served to Queen Elizabeth I. Over time, the creation of pies has continued to change and adapt, creating the vast amount of pie recipes we have in circulation today.

How to Make Chicken Pie

Making a chicken pie often involves creating a pastry, most likely shortcrust, and a filling. However, you do not always need to do both. For many recipes, it will just require the filling, often containing chicken and vegetables.

You should pre-cook the chicken in most cases, but always check with a specific recipe and follow it. This chicken will then be coated in a sauce, quite often white sauce or one of its many variations. You can use a pre-made shortcrust pastry or puff pastry depending on your preference. Another alternative is to pre-buy the filling. This can be bought in canned form or packaged in your local store. Cook as stated on the packaging. This then allows you to concentrate on the pastry if you wish to make that from scratch. You could even buy both pre-made and put them together. All methods can produce a tasty chicken pie.

Most traditional chicken pie recipes consist of a filling made of poultry (chicken) and gravy, or a creamy sauce. This is then finished with a shortcrust pastry topping. However, there are many variations of this and different recipes can provide different tastes and textures. There is much argument about whether a chicken pot pie, as more commonly referred to in America, is the same as a chicken pie, however, it appears that pot pies will contain vegetables.

Whether you wish to have these included in your pie is completely up to you and the following recipes will suit both desires.

It seems fitting to start the recipes for chicken pie off with a traditional one. This recipe provides a full step by step guide on how to create a traditional chicken pie from scratch, pastry included. This is a great family recipe and can feed up to 8 people, making it the perfect weekend meal. The following ingredients are needed.

This recipe also includes additional ingredients such as peppercorns, salt and bay leaves. The full recipe and a step by step guide can be found on the website.

This recipe claims to produce an amazing homemade chicken pie, with a crumbly pastry and tender pieces of chicken in a creamy cider sauce. This recipe is perfect for those cold winter nights and what better way to get warm than with a proper chicken pie. The ingredients you need are listed below.

There are also some smaller ingredients such as mustard and thyme, and the recipe does provide you with a side of cabbage that you are able to have alongside your chicken pie.

This recipe is very convenient as it allows for the pastry to be made before the creation of the filling. The pastry can be made a couple of days in advance and can also be frozen. You are able to assemble the pie a day prior to baking, ensuring that you keep it refrigerated. Allow the pie to resume room temperature before cooking. The ingredients needed for this recipe are as followed:

There are also additional ingredients such as egg, thyme and bay leaf where the exact measurements can be found on the recipes website.

Delicious magazine challenges you to show off your cooking skills by creating this chicken pie recipe. Note that they advise you use a 1.5 litre pie dish. The following ingredients will be needed.

This recipe is great for when you're time-limited and need a quick, but the efficient recipe. This is slightly quicker due to you not needing to make the white sauce from scratch. It is estimated to have around 30 minutes of prep time.

This is a traditional chicken pot pie recipe with a flaky pastry topping. It has a medium difficulty rating, making it a great challenging dish for those who are new to cooking. The following ingredients are needed.

There are also ingredients that are included such as salt and pepper. You will need half of the thyme pastry but the full step by step guide can be found on the website.

Recipes for Chicken and Ham Pie

Another adaption of chicken pie is a chicken and ham filling. This has become increasingly popular and many people love to eat a pie with this filling. It is a great form of comfort food. Challenge yourself with the following recipes for a chicken and ham pie.

This is advertised as an easy recipe that can serve 6 people and only takes 25 minutes to prep. The following ingredients are needed to make this recipe.

This recipe also includes ingredients such as parsley, thyme, lemon juice and 1 free-range egg, but to get the full recipe and a step by step guide, visit the website where the recipe is shown.

This recipe has gained five stars from those who have left reviews. It takes less than 30 minutes to prepare and is the perfect size for a family meal. The following ingredients are used.

You have the option to include white wine (2-3tbsp) if you wish to the recipe. It does include other ingredients such as salt, pepper and garlic.

This chicken and ham pie recipe is lower in calories than many other chicken pies. This is due to the single layer of pastry that covers the creamy filling. It is a family recipe, shared on the website through the creator and a clear, concise step by step guide is provided with photographic aid alongside it. The ingredients used are outlined below.

You will also find other ingredients such as garlic, thyme, salt, pepper and an egg listed on the website.

Recipes for Chicken and Mushroom Pie

This filling of this recipe is freezable making it a very convenient and time-efficient recipe, perfect for midweek meals. The following ingredients are needed to make this meal.

This is a short, six-step recipe that is easy to follow. Prep time is estimated at around 45 minutes. This recipe has gained 5 stars from those who have reviewed it.

This recipe only takes 10 minutes to prepare. It is advertised as a classic pie with a smooth sauce and chicken filling. They suggest it be served with a side of fresh steamed greens. The following ingredients are needed.

You will also need other ingredients such as garlic, parsley and vegetable oil.

This pie is said to be a great source of comfort food, putting a twist on the traditional pie crust to add a cheesy flavouring. It is thought this should be served with potatoes, wild rice or salad, but the choice can be endless. The following ingredients needed are:

This recipe also calls for ingredients such as white pepper, garlic, olive oil, chives and parsley. To access the full recipe, visit their website.

To guarantee more tender meat, try cooking the pie filling in a slow cooker. This will enhance the pies flavourings as it allows the herbs and spices to infuse into the sauce for much longer. This can make the process of making a chicken pie much longer as you will need to construct a pastry topping, wait for the filling to cool before placing it on top and then finish it off in the oven. But if you have some extra time, it is definitely worth giving it a try.

In most cases, you will be able to freeze the slow-cooked filling and use it when you need it. Alternatively, you could place it in the fridge if you plan to use it soon. Check with each individual recipe before you do this. 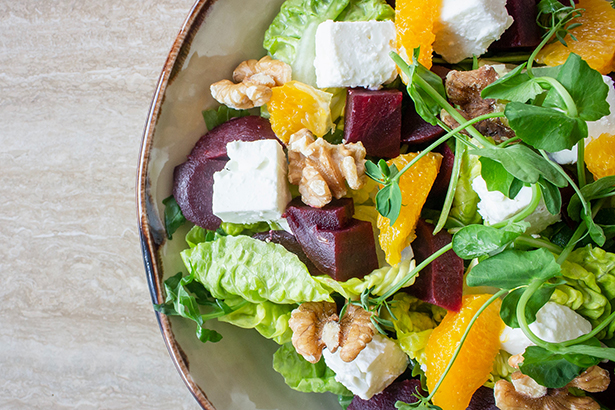 The Definition of Diets: Calorie Counting 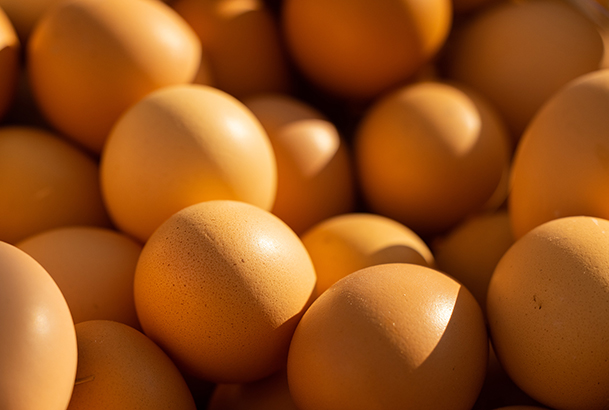 How Much Protein is Needed Per Day?

Protein is an essential macronutrient for building muscle. It is most commonly found in animal pr... 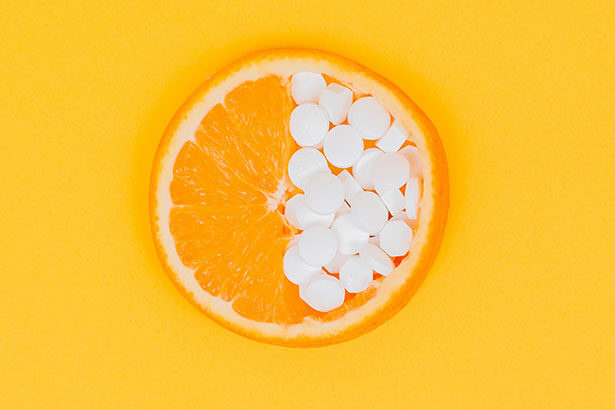 Why are Vitamins Important and What Vitamins Can You Overdose On?

A vitamin is an organic compound that we humans need in small amounts. The majority of the vitami... 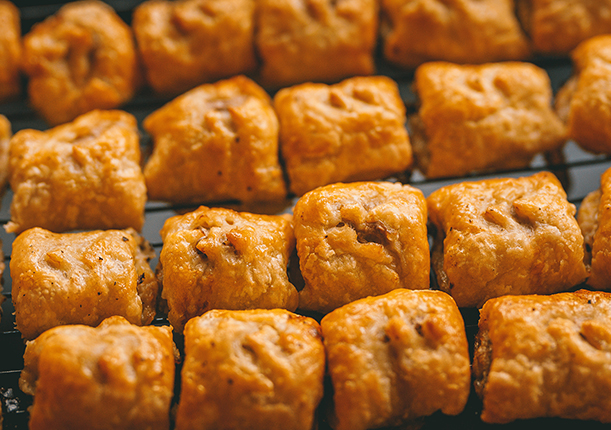 A sausage roll is a form of snack that is most popular in Commonwealth nations. It is made of sau...

Sweet potato is a large starchy root vegetable with a slightly sweet taste. It is closely related... 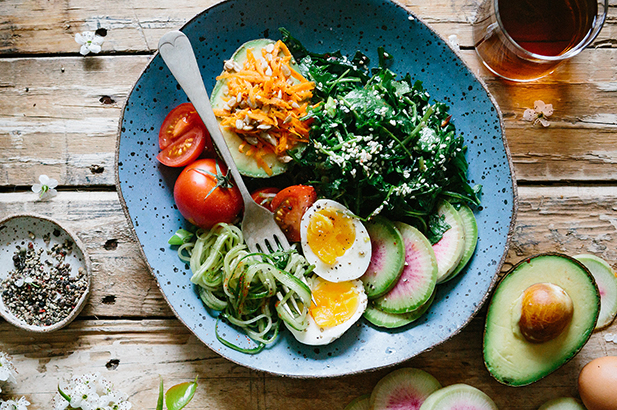 Altering or switching your diet to a vegetarian or a vegan diet can be a decision based on a mult...